What’s the inspiration behind LILA?

I founded LILA after getting married to my second wife, Linnea. When we met, the first thing we talked about was her Sun sign (she’s a Pisces). This kicked off many conversations and helped us quickly develop a deep relationship. For us, astrology was a way to connect and improve our relationship. We wanted to share this with the world. 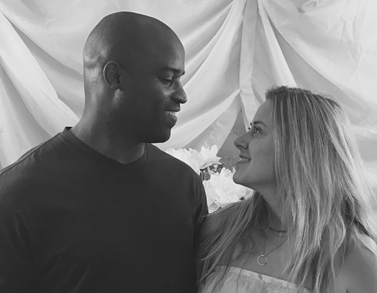 Ricky Williams and his wife Linnea

When did you first discover astrology?

I first discovered astrology during the most tumultuous and transformational time of my life. I had walked away from a lucrative career as an All-Pro NFL player to look for greater meaning in my life. While traveling the world, I met my first astrology teacher, Swami Sitaramananda, or as everyone called her, Swami Sita. The first thing she asked me was, “Where is your Mars?”

At first, I had no idea what she was talking about. We spoke for more than three hours about my life, and the clarity I received that afternoon alone gave me everything I needed to better understand myself and my future path. It made me realize that astrology could help others find—and then be—themselves. 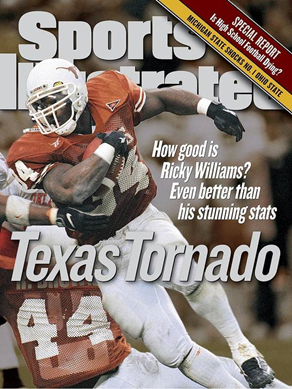 How do you use astrology in your day-to-day life?

Astrology helps make sense of all of the chaos in life. For example, a couple of weeks ago, I woke up feeling agitated, like there was something really heavy weighing on my chest. I couldn’t think straight. So I pulled out my phone to look at my chart and saw that the planet Mars was moving over the Sun. This is usually a sign that it’s time to get something off your chest—to release. Seeing this in my chart immediately brought me a sense of calm and helped put everything in perspective. I just needed to release the anger that was built up inside of me. 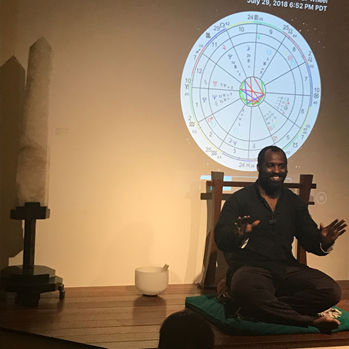 Stars are guiding Ricky through the chaos in life

How did you meet your co-founders?

The first co-founder I met was my wife, Linnea. When she said she was a Pisces, my response was, “Ah, the Mystic.” She looked at me and said, “Actually, I’m a corporate attorney.” We had an immediate rapport, which turned into a friendship, and later a marriage.

I met our COO Matt Cohen several years ago. He’s married to one of my closest friends. Matt was running his own app when Linnea and I started talking to him about LILA, and he shared some really wonderful insights to help us stay on track. Later, he joined us full-time as COO.

When I decided to study astrology more seriously, I kept coming across Steven Forrest’s apprenticeship program. I flew to Washington to sit in on his class and asked him to teach me. With his recommendation, I signed up for the next apprenticeship program in North Carolina. When we approached Steven with our idea to create LILA, he agreed to join the team.

A Zoom call with LILA's team

Where people see risk, I see opportunity. I’m aware of risk, but I’m not afraid of it. No one can compete with me when I’m being myself. I had a mentor who talked a lot about competition, and one of his main sayings was “don’t compete, out-create.” He said, “The best thing you can be in the world is yourself. If you’re being yourself, no one can compete with you.” I bring that same mentality to LILA.

No one can compete with me when I'm being myself.

The most profound thing I’ve learned is that I can be whoever I want to be.  Growing up as an African American, the messages I was given by society were that I could be an artist, a singer, a musician, or an athlete. No one was talking to me about being a businessman. As I stepped into the CEO role, I realized that I needed to learn how to think differently. I’m embracing this change—it’s so invigorating. My star sign loves to learn. 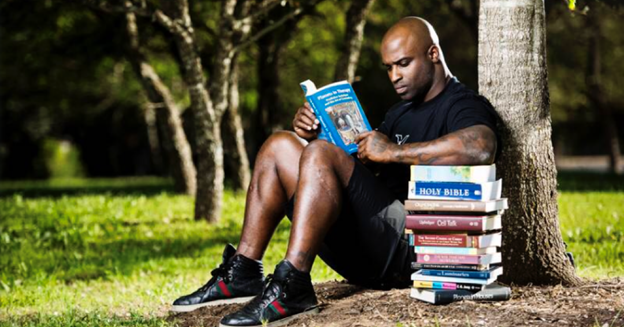 As a Gemini, Ricky loves to read and loves to learn

As a football player, I was the talent. The decision-making was really left up to the head coach and the administration. The difference now is that I’m not a player; I’m a CEO and the head coach.

The culture here is similar to a football team: we have a lot of superstars and we empower one another to take the lead. We lean into people’s strengths—whether that’s with design, marketing, or app development—to empower people to be leaders. 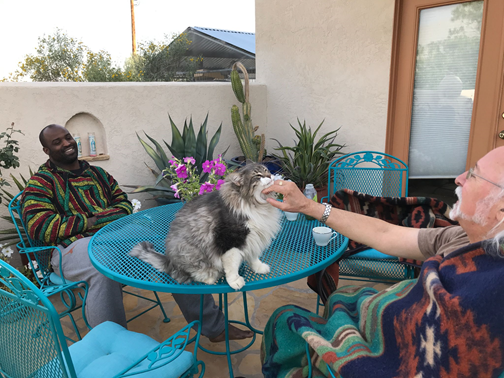 Having a meeting with co-founder Steven Forrest

I have a special ability to inspire people.

I can’t function and think when my wife, Linnea, is upset with me. 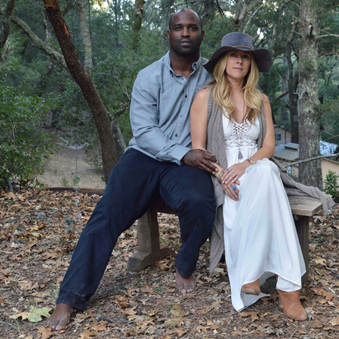 I don’t think it’s weird or strange, but I like to experience different herbs. I studied Ayurveda and Chinese medicine, both of which have materia medica that is based on herbalism. I have probably 200 different herbs in my downstairs closet. I enjoy tasting them and seeing the effects they have on my body. 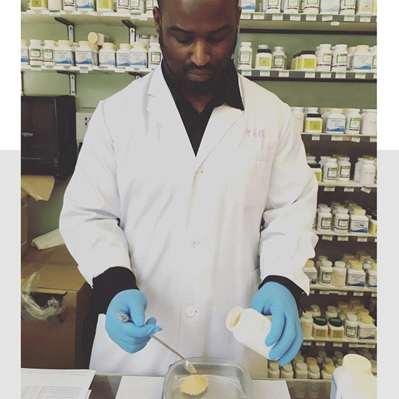 TimePassages is the one I go to the most. I use it to plug in people’s birth information and generate a natal chart. With it, I can interact deeply with the people around me.

The best piece of advice I ever received was from Oprah Winfrey. I was on her show several years ago when I was struggling with social anxiety. The advice she gave me was, “You need to get to the point where you stop caring so much about what other people think of you.” It took me a while, but eventually, I got there. And she was right—things were so much better. 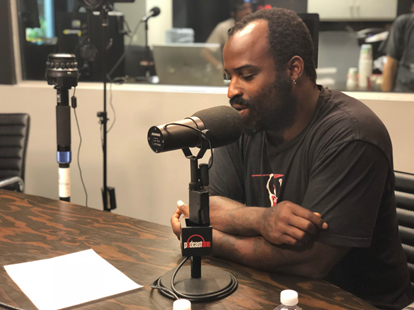 Ricky was in an interview with PodcastOne

Do you have any advice for others interested in deepening their understanding of astrology?

Get a really good astrology book. Steven Forrest’s The Inner Sky is my favorite. Read it, download astrological software so you can generate charts for your friends, cross-reference what the book says with what you see, and practice. That’s how you learn—from understanding the astrological principles to seeing what they look like in an actual human being.

I believe in astrology. This team feels solid and am hopeful this will help bring compatible people together.

My uncle is an angel investor and is advising LILA. This is an easy investment decision for me. I'm a Gen Z'er and fit the "spiritual" profile of future users. Much respect for Ricky's journey from football to a deep commitment in astrology (academically, too). This is a real business. And there's a mission! Stoked to be here.

I'm an active angel investor in Silicon Valley and followed Ricky's journey with great interest since college. He and the co-founders are right: Gen Z wants spirituality in relationships, and help with that. This ia a great market and it's open game. The founding team scores 5/5 on my scale in terms of passion and drive. I love this investment, it's a virtual rocket to the stars. 🚀🚀