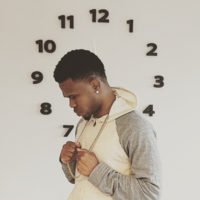 Chamillionaire invested
Fleeting won the $100k pitch competition I did with E40 and we invested in them because they have real traction, a great team, a worthy mission, and most importantly a leader that has real domain expertise and vision that knows how to execute. over 2 years ago

A mouth-watering, healthy choice for all your sauce ...

Chamillionaire invested
Sienna Sauce was a runner up in my pitch competition and I really liked tracking this company. I invested in Sienna Sauce because I back startups that have domain expertise, resiliency, and a roadmap that I believe could potentially lead to success. over 2 years ago

Get notified when Chamillionaire
invests to invest with him:

Curiosity brought me here, and now my mission is to help a lot more people who look like me get into these companies

“I’m looking for founders who have researched the market, competition, and have holistically understood the problem they're trying to solve. Founders that are confident, detail oriented, good communicators and good networkers. A go-getter with determination and drive, walk in the door and in 2-5 years be 10x more advanced than when they came in“

Remember, everything that you do shows evidence of the type of person you are. Be clear on your business, articulate your business and mission, and what goals you want to accomplish.

Mindset of an Entrepreneur

Fireside Chat with Chamillionaire: Hard Truths: Adopting the Mindset of an Entrepreneur — at Urban Tech Connect ‘18

Convoz is a social video app that connects people across the world through face to face conversations about topics that matter.

Formerly an Entrepreneur in Residence at UpFront Ventures, one of the largest early stage venture firms in Southern California, Chamillionaire founded Convoz in 2017 after being unhappy with other social media communication channels. As CEO, Cham and team have built a video-centric platform that aims to be "the place where you go to talk to people." He wants Convoz to be an app where people can both converse face-to-face with stars or find new friends with common interests.

Chamillionaire is a Grammy award winning musician who is hailed around the world for his platinum selling album, The Sound of Revenge, which spawned the multi-platinum single "Ridin Dirty." More than a decade of success in the music industry has provided him with the entrepreneurial skills and business savvy that paved the way for his ascension into the tech industry.

He was previously an Entrepreneur in Residence at Upfront Ventures, one of the largest early stage investment firms in Southern California, and now he is the founder and CEO of Convoz.

He has invested in more than a dozen tech companies including Maker Studios, Cruise, and Lyft, and he also advises a number of high profile entertainers and athletes on their tech investments. Chamillionaire wants to lead by example, and hopes to inspire the next generation of entrepreneurs to believe they have the power to bring positive change and disruption to the world.