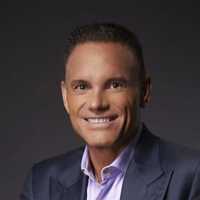 Inventor of the Infomercial, Original Shark on Shark Tank, As Seen on TV Pioneer. More

Follow Kevin Following
Now you are following Kevin.
You unfollowed Kevin.
1900 followers
Shayne, Kevante, Claude & 1897 others follow Kevin and are notified when he posts or invests
Loading...

Kevin invested
I invested in Moku for numerous reasons. First, their product is great, which is most important for long term success. Also their distribution is growing, they have a great team, and extremely unique in the marketplace. over 1 year ago

A new paragon in coffee

Kevin invested
I always look for unique and innovative consumer good products, and the Ratio Coffee Maker is just that. The coffee industry is a huge industry, and with the innovative product line that the company has created, I believe in this opportunity. over 1 year ago

Kevin invested
this company solves a huge problem by bridging this gap that has been in this industry for years. In addition, they have huge backing from top VC firms, which excites me. almost 2 years ago

Smart home security for everyone

Kevin invested
I invested in Kangaroo because on Shark Tank, all of the Sharks passed on Ring, and now this is my shot to take a piece of this industry. This is always a strong industry, with innovation constantly coming out, and customers always in need of this service. Also the fact that they have raised funds from some other large investment firms helps to understand the potential scale of this opportunity. almost 2 years ago

Kevin invested
I invested because Upshift has a great concept. There are other car sharing platforms out there, but this has a new and unique spin on it, one of which I believe could take over urban markets. almost 2 years ago

Empowering staff at the point of care: Improving saf...

Kevin invested
I invested because this is an extremely timely business model right now for the healthcare world. Also the fact that this is a Y-Combinator company instantly made it more credible for me to make an investment decision. almost 2 years ago

The home of celebrity wine and spirits

Kevin invested
I invested in Grapestars because of the amazing story. Consumers buy into the trust factor with celebrities, and buy everything they touch. On top of that, celebrity alcohol has been a huge industry for the last several years. about 2 years ago

If you are waiting for the perfect moment, then you are wasting your time.

What I look for in a startup

"I look for companies that have strong management, knowledgeable teams, and solid infrastructure. I want to see proof of concept as the test before I invest, and defined customer acquisition costs so we can figure out how to grow your business."

What I look for in a team

"There should be a team built of people in finance, operations, digital marketing, and a good lawyer to help keep your business moving forward in the right direction regardless of any roadblocks."

Sectors I invest in

Get notified when Kevin invests
to invest with him:

Kevin Harrington as the original “shark” on ABC’s Shark Tank

An original “shark” on the hit TV show Shark Tank, the creator of the infomercial, pioneer of the  As Seen on TV brand, and co-founding board member of the Entrepreneur’s Organization—Kevin Harrington has pushed past all the questions and excuses to repeatedly enjoy 100X success. Kevin got his start as a young entrepreneur in the early 80s when he invested $25,000 and launched Quantum International. This turned into a $500 million/year business on the New York Stock Exchange and drove the stock price from $1 to $20 per share. After selling his interest in Quantum International, he formed a joint venture with the Home Shopping Network, called HSN Direct, which grew to hundreds of millions of dollars in sales. Entrepreneur Magazine has called him one of the top Entrepreneurs of our time.

His legendary work behind-the-scenes of business ventures has produced well over $5 billion in global sales, the launch of more than 500 products, and the making dozens of millionaires.   Twenty of his companies have each topped $100 million in revenue.

Get notified when Kevin posts or invests 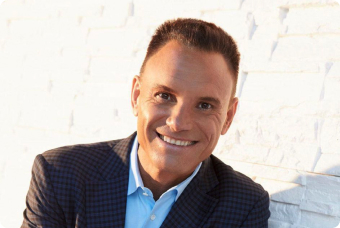